In 1991, Centraal Museum organized the exhibition Night Rules. Temporary works of art by national and international artists were on display in the inner city of Utrecht, only in the evening and at night. All participating artists were asked to create a work that highlighted the relationship between word and image. The exhibition functioned primarily in the dark because the night creates visually ideal conditions, according to the organization. For six months Night Rules was to be the most public exhibition imaginable, and not just interesting for the seasoned museum visitor.

One of the participating artists at the time was Korrie Besems. It was her first commission for public space. She made work REBUS, a neon work nearly thirty feet long, and as a spectator, you found out the solution after some puzzling: Where you are not, there is happiness*.. As a location Besems chose for the blind concrete wall of the Willem Arntszhoeve in the center of Utrecht, at the time a psychiatric care complex. After six months, when the exhibition came to an end, the employees of the care facility indicated that they would like to keep the artwork on their facade. The artwork, owned by  of the Centraal Museum, was transferred to the care institution for one guilder, with the accompanying task of taking good care of take care of the artwork. Besems agreed to this arrangement.

What happened next lets you guess. The neon work began its longer life radiantly but was not maintained by the new owner. Besems tells us that for the first time they regularly picked up the phone to discuss this with the clinic but she soon noticed that no one there actually felt responsible for the work. The Central Museum informed her that they no longer owned it, so there was nothing they could do for her and the work. In all, the neon work burned for over two more years but then it ran out. Due to the lack of maintenance, part of it was no longer burning. The light switch was flipped, "the neon" was turned off.

But the fact that the work no longer gave light did not automatically mean that the work was also removed. It remained attached to the facade. Besems says that the rebus is still legible and on was solvable. People just kept doing that too. This situation lasted twenty-three years. Besems had resigned himself to it as well as he could. As an artist you can jump high and low, but if the owner doesn't want to remove the work you can't force it. 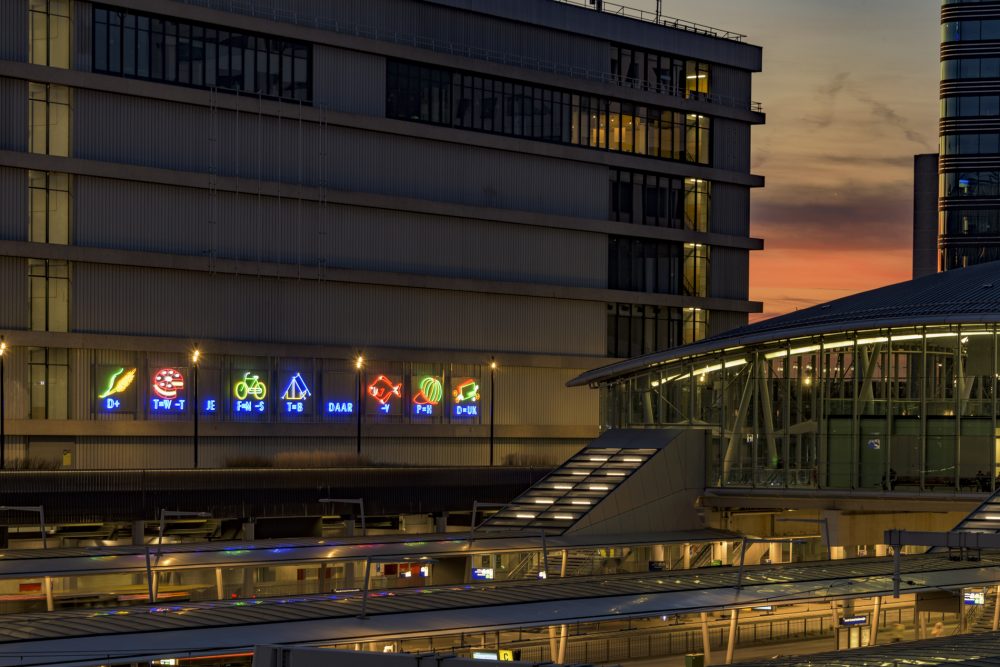 Then it became 2017. The building was to undergo major renovations and in the process the artwork was to be dismantled and permanently removed. At least, that was the plan. But local resident Ann de Vries thought otherwise. She had lived near the clinic for years but had never seen the artwork on fire. Other residents told her about it and she decided to step into the breach for this work of art. She called Korrie Besems and told her that she wanted to preserve the artwork for Utrecht. De Vries, who works in the festival industry, is a brisk type. She arranged aerial work platforms, a lot of friends, had customized storage boxes and found a long-term storage location for the artwork. Even restaurants in the neighborhood participated in the action by sponsoring sandwiches and coffee for the many volunteers who, in one day, took the neon work off the wall, packed it properly and took it to storage. The artwork had been saved. Besems was there that memorable day: "Finally, after all these years, I experienced love and warmth for the artwork again. It moved me."

She arranged for aerial platforms, a lot of friends, had storage boxes custom-made, and found a long-term storage location for the artwork

Then a new location had to be found and financing had to be arranged. Here, too, De Vries took the lead, consulting regularly with Besems. Several locations were considered and eventually the Beatrix Theatre, right next to the Central Station, came into the picture. There too there was a blind wall stretching for metres, which Besems had also consciously chosen in 1991. The local entrepreneurs' fund and the Rabobank, with a branch right next to the theater, pledged money. The deficit was supplemented by the municipality of Utrecht. Even for the artist there was a small budget for the hours made. 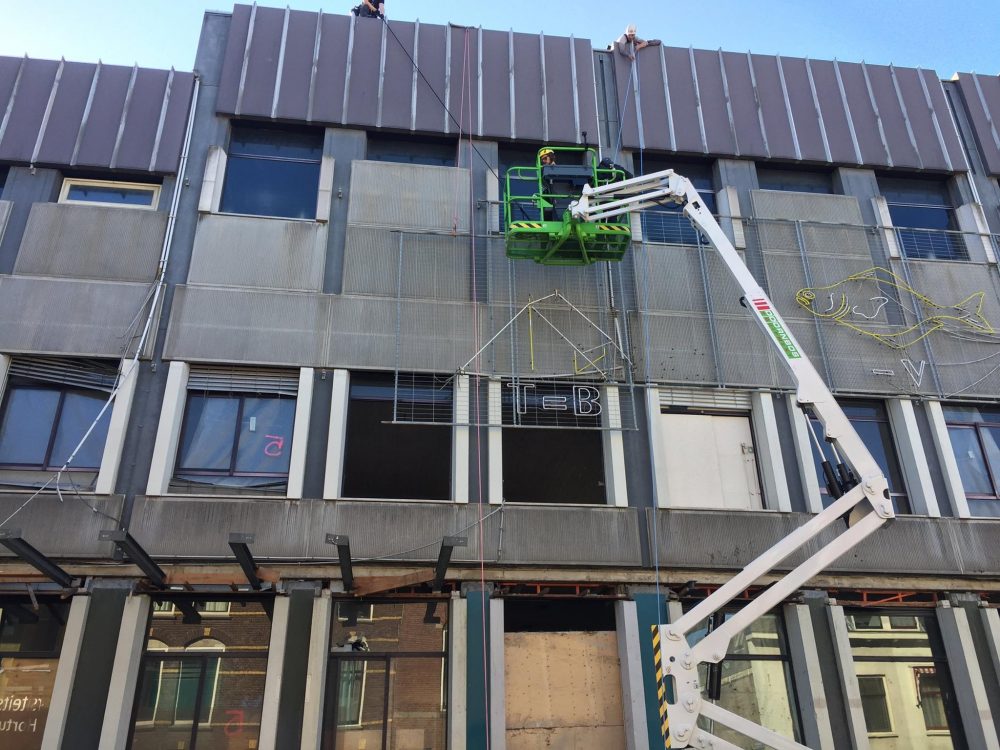 Last October, the time had come. The moment Besems had never dared dream of, the neon work REBUS went back on. The colors were brought to life. It emotionalized De Vries visibly, she only knew the work without light. Her efforts have been rewarded.

Even for the artist, there was a small budget for the hours made

The visibility of the artwork at this location is only increased. From the station concourse and some trains, the rebus good to see. Passersby stop to solve the rebus. The municipality of Utrecht is now the owner of the work and there is a contract that they will provide maintenance and management for the next five years. It is also now included in art walking tours of the city.

A hopeful story: what the efforts of one concerned resident can do and that, even thirty years later, a work of art can rise like a phoenix. 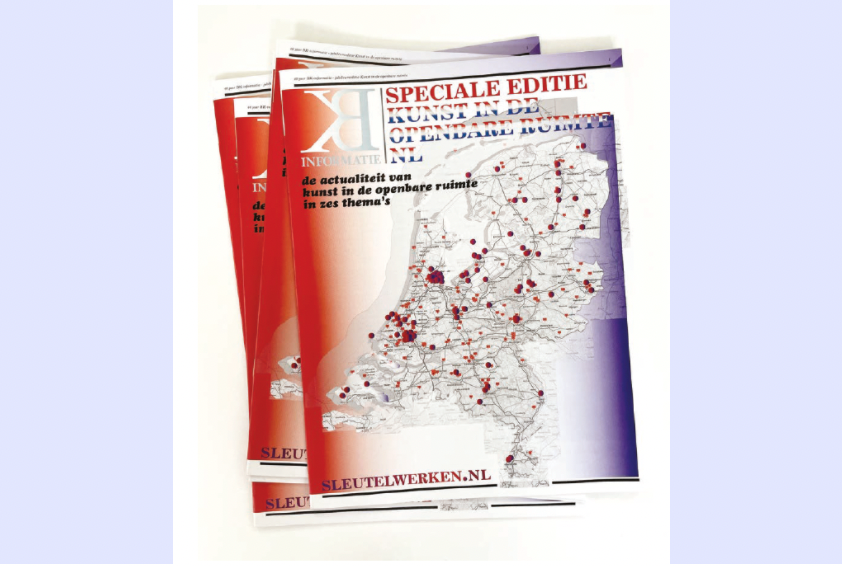